Thanks to Mr. Kume, a full-time faculty member at iU, I was able to attend the press preview of the special exhibition “Hokusai and Hiroshige: The Challenge of the Thirty-six Views of Mount Fuji” before it opened to the public!

There’s even a photo spot of Hokusai painting waves!

At the entrance, there is a model of the Fukagawa Mannen Bridge painted by Hokusai Katsushika. I can’t reach it~! 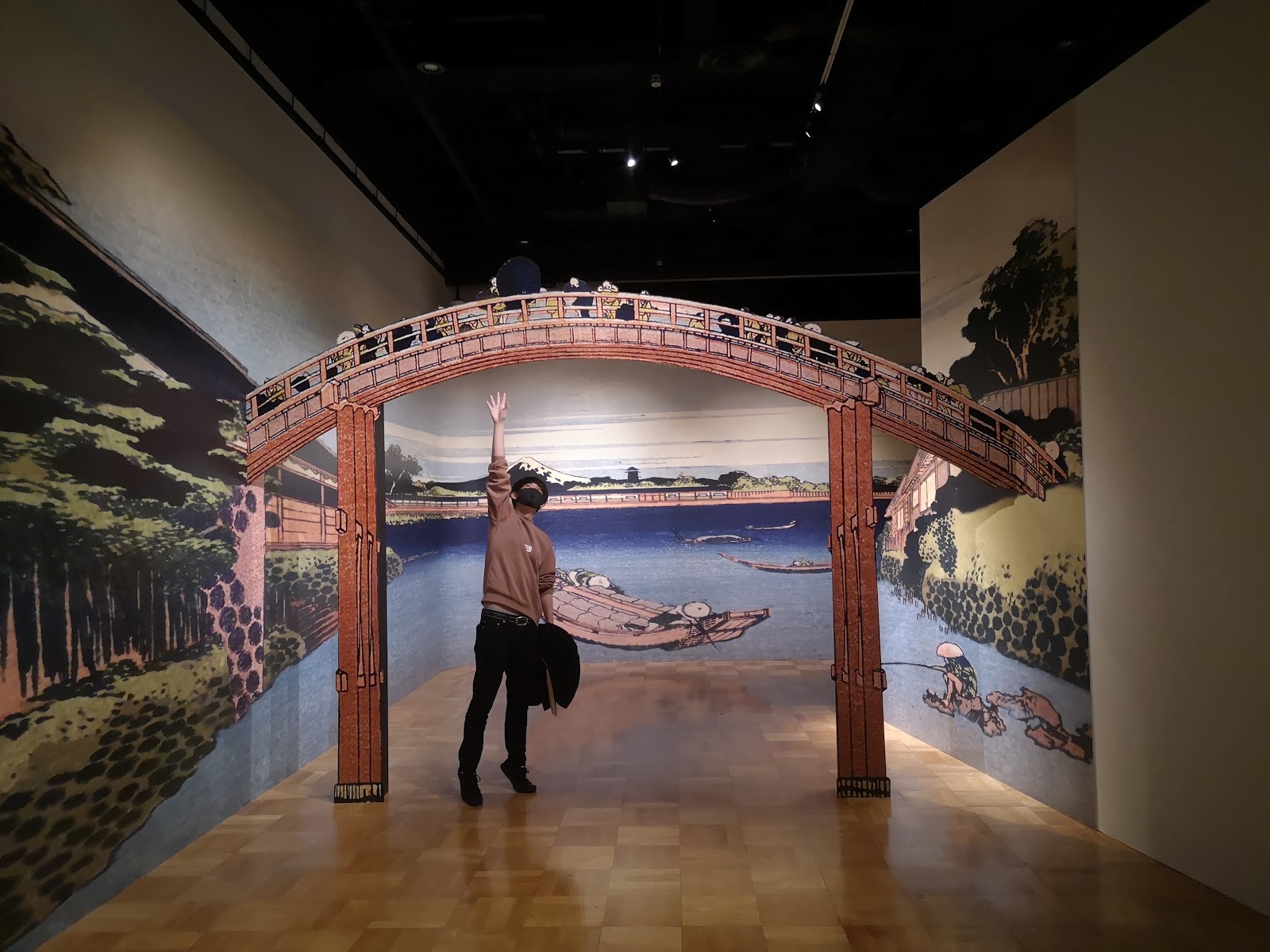 And inside, there are many Hokusai and Hiroshige’s works.

This special exhibition features the relationship between Hokusai and Hiroshige, and the history of their lives, which you can learn about in chronological order.

In fact, Hokusai and Hiroshige were almost 40 years apart. Rivalry, not master-disciple relationship.

(Paper scraps scattered in the back)

It is said that Hiroshige once went to Hokusai’s house to become his apprentice, but he was so despairing of the dirtiness of Hokusai’s room and the lack of hospitality that he swore he would never come back to the house. I don’t know if this story is true or not, but it may be true because Hokusai was famous for his poor tidiness and moved every time his room became dirty.

In the special exhibition, many of their works are displayed in chronological order.

The most amazing thing about Hokusai’s work is his expression of the waves. They are so detailed.

I’m an amateur, so I can’t really tell the difference, but the curator told me that Hokusai’s works have an instant appeal, while Hiroshige’s works don’t have an instant explosion, but they have a sincere quality of incorporating the changes of time and nature into the scenery.

This special exhibition, “Hokusai and Hiroshige: The Challenge of the Thirty-six Views of Mount Fuji,” will be on display until June 20!

If you are interested in this exhibition, please stop by and take a look!

This exhibition can also be enjoyed using VR!

Even if you can’t make it there, you can still have fun!

And since I was invited to the press preview, I even received a thick guidebook and a hand towel, which would have been very expensive if I had bought them normally.

I also got an invitation to the permanent exhibition as well as the special exhibition!